Can eating a handful of almonds daily reduce belly fat?

A study  carried out in the and published in the  Journal of  the American Heart Association suggests that including 42 gms (1.5 ounces) of almonds daily can not only cut down on the risk of heart diseases but also reduce belly fat,  producing a trimmer waistline. 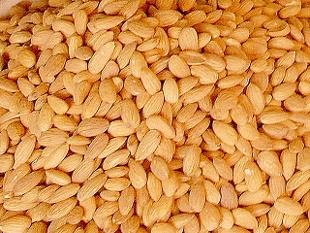 In a 12 week randomized, controlled clinical study, the scientists compared 52 overweight, middle aged adults who had high cholesterol but were otherwise healthy. All the paticipants were put on an identical  cholesterol lowering diet, with all meals and snacks in amounts necessary to maintain their body weight.

But while  half of the  group was given a snack of 42 gms of almonds daily, the other group was allowed to snack on a banana muffin. This was the only difference in the diet. The almonds and the banana muffin contained the same amount of calories.  There is 160 calories in an ounce of almonds as well as protein, fibre, vitamin and minerals. A single almond weighs approximately 2 gms.

After six weeks, it was noted that the  participants on the diet with almond snacks had  significantly reduced  central adiposity with resultant decrease in waist circumference and belly fat.Leg fat was also considerably reduced. There was no difference in total weight between the two groups. Central adiposity is  a well known risk factor for heart disease.


Not only that, there was reduction in the total cholesterol,   LDL cholesterol and remnant lipoproteins.

Belly fat not only makes the body unsightly, but it  is also linked to metabolic syndrome - a disorder characterized by a combination of diabetes, high blood pressure, high cholesterol levels and central obesity. The nuts moderate blood sugar level - particularly beneficial for people with diabetes.

Almonds are also high in monounsaturated fatty acids and vitamin E which protect against Alzheimer's disease, The flavonoids in the almond skin act as anti-oxidants and  together with Vitamin  E decreases wrinkles and age spots.

"Choosing almonds as a snack may be a simple way to help fight the onset of metabolic and cardiovascular diseases," said Berryman.

The study provides evidence that snacking on almonds instead of a high carbohydrate snack helps to limit belly fat and has overall benefits on body composition.